To be perfectly honest, I didn’t know what the hell to expect from this show.

When I heard Niecey Nash was starring in a show about a nail salon, I just assumed it was a comedy. My first introduction to Mama Nash was in the hilarious Comedy Central classic Reno 911. I don’t think I’ve ever seen her in a serious role, but I love her nonetheless.

Enter Desna (Nash), the owner of the Nail Artisan of Manatee County salon and the leader of an eclectic group of nail techs who she protects like family while caring for her mentally ill brother. Her pack includes Quiet Ann (Judy Reyes), the salon’s muscle; Jennifer (Jenn Lyon), a fiesty mother of two; and Polly, a sweet, tightly knit manicurist who has just been released from jail. Then there’s Virginia, played by Karrueche Tran, the shop’s newly hired outcast.

Very quickly it is revealed that Desna and her crew are laundering money for the series’ big bad, Uncle Daddy. Yes, Uncle Daddy. And yes, he is as creepy as he sounds. Uncle Daddy’s right hand is his nephew Roller, who is currently sleeping with Desna. Over the past year, the girls have been cleaning money for the Dixie Mafia with the intention of being rewarded $20,000, which is to be used to purchase a more upscale salon.

Desna is filtering the dirty money through a shady Health Clinic, ran by anxiety riddled Dr. Ken Brickman (Jason Antoon). Quickly things turn south when Desna realizes she isn’t getting quite the payout she had previously thought. Uncle Daddy instead gives her a mere $3,000 with the expectation that she is to continue working for the Dixie Mafia without any complaints. On top of that, Desna catches Virginia sleeping with Roller in his brand new mansion Uncle Daddy bought for him. Drama, right?

Of course, sleeping with your bosses boo is never a good idea which lands Virginia out on her ass in front of the shop. Later, Desna decides to take matters into her own hands and goes to confront Roller at his mansion. When she arrives she catches him assaulting Virginia and unintentionally saves her. Minutes later Desna is threading Roller’s eyebrows alongside the pool. I guess she felt it in her spirit to murder him, because that’s what she attempts to do. She strangles him with the eyebrow thread, then tries to drown him. Just when it looks like Desna has finished the job, Roller is resurrected and proceeds to beat the hell out of her. Things aren’t looking to good for our girl, when Virginia saves the day but shooting Roller in the head.

I watched the show twice. The first time was when the show premiered and due to outside distractions, I was totally lost. Upon my second viewing, I’m now hooked and can’t wait until the next episode. 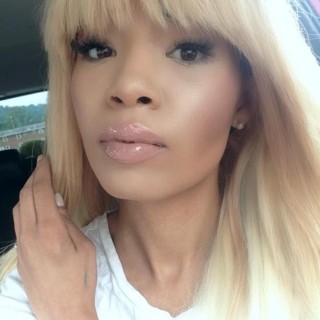